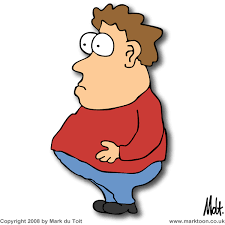 His Heaviness climbed onto the platform and looked around in satisfaction. There was a crowd down there to listen to his brilliant campaign speeches on behalf of (AtoZ) party. He had a reputation as a good crowd puller. The crowd was literally pulled there in lorries and bullock carts. The cheap liquor bottles enticed the simple men folk and the lure of currency attracted the women.

“Friends and dear countrymen,” started His Heaviness, “If I win this election, I will enact law to protect all single women” he said with emotion and banged the table so hard that a flying missile took off from the table and hit a single woman in the front row who ran away, terrified.

“I will root out poverty”, he shouted, “ and—er—and weed out corruption”, he added, after an uneasy glance at the currency pile kept in a corner, to be distributed after the meeting.

A farmer from the subbest of suburbs hadn’t heard of these and looked inquiringly at his friend. “Poverty comes in roots and corruption in weeds”, whispered the latter in his neighbor’s ears, who nodded grimly.

His Heaviness was obviously not pleased with the lukewarm response he got for such an important announcement. He decided to announce his noble intention with greater vigor.

“ Yes, I mean it. I will destroy both!”, he declared at the top of his voice and glared so menacingly that a stray dog which was standing nearby yelped loudly and ran away, tail between its legs. The organizers of the meeting were thrilled at their leader’s eloquence. Neither leader nor organizers however noticed that the crowd had started thinning down rapidly.

The crowd pullers, had in spite of their zeal and devotion overlooked something very very important in this part of the country---- A big cine hero’s movie was scheduled for the day in a nearby theatre. Not all the king’s men could retain a crowd under such circumstances!

As the leader, still unaware of his displaced audience went on and on, the stray dog that had been frightened out of his own locality came back with friends and well wishers to settle scores. Hostilities began soon thereafter in the form of group barking and teeth baring and the poor leader of the masses was forced to hop onto a high chair - - - an astounding feat for a man of his circumference!

The masses had already deserted him except for the organizers and the sentry on duty.
His Heaviness appealed to the security guards to save him from the canine fury. The guards looked guardedly at their chief. The chief immediately consulted his rule book to see whether saving from animal attack was part of his assigned duty. On failing to get a clear picture, he moved a note to his superiors asking for special permission to rescue the leader from the misguided canines.

In the meantime, the dogs soon got bored with the whole affair and called a conference. They appointed a watchdog from among themselves to keep an eye on the hapless stool-squatter and soon dozed off.

His Heaviness who never missed an opportunity now tried to get off the stool but was strongly discouraged by the sincere watchdog, which emitted a low deep-throated growl, by way of warning. Thus frustrated and also angered at the turn of events, His Heaviness spat venom on the organizers. Turning on his full eloquence, he abused the poor organizers in the juiciest terms taken from seventeen languages. Even the street-smart dogs (which were wide awake by now) blushed and covering their ears with their forelegs ,left shamefaced.

Seeing this canine retreat, His Heaviness laughed jubilantly, and forgetting himself in the excitement, jumped onto the platform and went straight through it into the mud below. After they excavated him, he came back to business immediately and ordered his henchmen to produce a crowd immediately—or else!

Luckily for the organizers, a local ‘arranger’ suddenly turned up and assured he would arrange a respectable gathering in twelve winks for a price.

All’s well when crowds swell. The arranger was very efficient and kept his word. Soon a sizable crowd consisting of no-nonsense people who couldn’t be diverted easily by cine heroes gathered to hear His Heaviness who beamed at them happily.

He cleared his throat and started addressing the gathering, “Friends ---