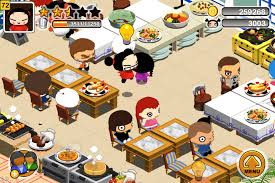 The respectable middle class restaurant was not very crowded that day. It was early evening and my wife and I were among the few patrons at that time. Waiting for our food, my wife idly scanned the nearby tables for occupants.

“See how gruff looking that guy is!” she remarked at one lone huge guy next table as I hastened to hush her, lest he hear. The gruff guy also had an equally gruff voice and was giving staccato orders to the aging bearer who appeared a little harassed.

At another table there was a young decent looking pair of youngsters, who were very soft spoken and mild mannered. Soon, however, we forgot about them and got immersed in our evening snacks when they were served.

Suddenly, there was a lot of unusual commotion. The elderly bearer was standing near the gruff man’s table, though the latter was not to be seen. As we were wondering what happened, gruffie returned and said, shaking his head angrily, “The rotten fellows have bolted.”

From their talk, we could make out that the ‘decent’ youngsters had disappeared without paying their bill.

As the poor old bearer started sobbing that the money would be deducted from his salary, we were amazed to see the ‘gruff’ man patting his hand and declaring, “Bring their bill to me. I will pay.”