Showing posts from March, 2016
Show All

- March 23, 2016
The cheerful roly-poly Tony Had but one trouble, not very tiny.
A huge sphere- his rotund belly- Bulging from the chest, they called it chelly.
With a small head sticking up Northside, And tiny limbs protruding Southside, Poor Tony had a tough time staying upright. His friends were tempted with an idea bright: To put a sticker on his head, saying, ‘This side up”.
Once, while relieving himself on the roadside, A little boy clapped in glee and announced, “I seen it! I seen it!” Tony of good cheer tossed him a coin, Said , “Good thing, boy- haven’t seen it myself for many a day now.”

- March 23, 2016
The boys and girls came reluctantly for the semester examination, like lambs to the slaughter.
The dhoti- clad, strict examiner looked even more menacing with his soda bottle glasses.
“No copying!” he declared solemnly.
The exam was in its fifteenth minute when the examiner went to relieve himself.
Post a comment
Read more

A HANDFUL OF ASH 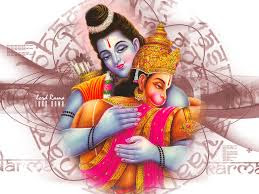 - March 20, 2016
One day, I happened to see a group of teenagers in our local club. Seeing one or two familiar faces, I casually walked up to them to see what they were up to.
“Hi uncle!” said familiar face.  I hi..ed back and asked him what was supposed to be going on.
“A get together, uncle,” said another slightly familiar teen with a bored look and promptly lost interest in me.
One of the boys seemed to be hitched or connected at the ear, head etc to many contraptions. I was alarmed as he appeared totally motionless. “Is he er… breathing? “ I asked one of them.
“He is listening to music, uncle!” answered one among them, in exasperation. The others looked at me wonderingly as if I was an inmate just escaped from Jurassic park.
“You said it is a get together!” I pointed out. “Yes it is, uncle, are you not seeing?”
What I was seeing was another teen, a girl, typing something feverishly on her ‘smart’ phone. She was ‘what’s apping’, I was coldly informed. A third one was chatting, another was chirping, all …
Post a comment
Read more
More posts